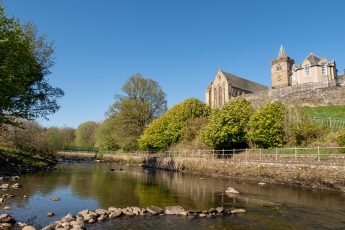 Built on the banks of Allan Water, Dunblane was believed to have been founded in 602 Ad by Celtic Missionary St Blane. The town is home to Dunblane Cathedral, which was built in the 13th Century and restored in the late 19th Century. The town’s Leighton Library, the oldest purpose built library in Scotland, houses 4500 books dating from 1500, including a first edition of Sir Walter Scott’s Lady of the Lake.