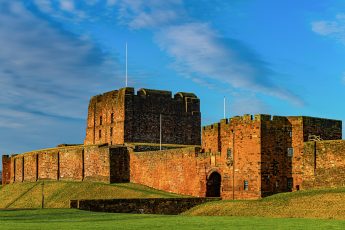 Just south of the Scottish Border, Carlisle is a popular destination packed with historical sites. The town is dominated by its 900-year- old castle, a stronghold in battles between Scotland and England which has any endured more sieges than any other castle in the British Isles. The town is a stone’s throw from Hadrian’s Wall, built by the Roman Army between 122-128 AD and made a UNESCO World Heritage Site in 1987.