On International Women’s Day we’re going to look at a little-known female railway pioneer whose innovations are still making passengers’ journeys better 100 years on from her first work. 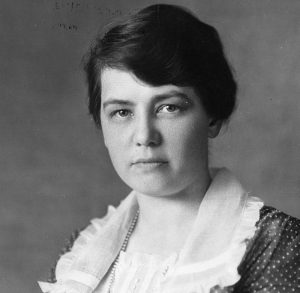 Born in Pennsylvania in 1885, Olive Dennis was a railway engineering pioneer.

Enrolling at Goucher College Baltimore in 1908 she earned a Batchelor of Arts before studying for a Master’s degree in Mathematics from Columbia University.

She worked as a teacher at a technical high school for 10 years before studying Civil Engineering at Cornell University, graduating in one year instead of the normal two years.

In 1921 Olive started working for Baltimore and Ohio Railroad as a civil engineering draftsman.

At the time it was so unusual a newspaper headline written about her appointment said “Women Civil Engineer Enjoys Technical Work.”

Soon after joining Baltimore and Ohio Railways she designed her first railroad bridge in Painsville Ohio.

After completion of the bridge, Dennis was quoted saying “There is no reason an engineer can’t be an engineer simply because no other woman has ever been one. A woman can achieve anything if she tries hard enough.”

Moving into a new role as Engineer of Service, Dennis was a hands-on engineer, travelling on routes to test designs for improving passenger comfort, averaging 50,000 miles per year on, testing seat and mattress designs.

Some of the innovations we take for granted on the railways today are all the fruit of Olive’s imagination including partially reclining seats, dimmable overhead lights and stain resistant upholstery for seats.

In 1931 she helped to implement the world’s first air-conditioned train, a luxury enjoyed by rail passengers today.

In 1947 she designed an entire train, The Cincinnatian, which incorporated all of her design improvements. 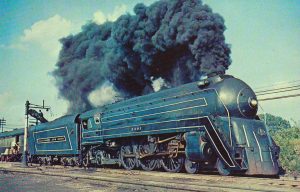 Olive was the first female member of American Railway Engineering Association and was elected a member of the British Women’s Engineering society.

Retiring in 1951, Olive Dennis left her mark on the global railway industry before passing away in 1957, aged 71.

We’ll leave her story with a quote which rings as true today as it was when she said it – “No matter how successful a business may be, it can gain greater success if it gives consideration to a woman’s viewpoint.”